Entrance: The Grump catches me!

Finn minds his own business watching the stage on a seat but then turns his head to the battle and raises his fist yelling "Hey, I'm Grump!"

In Finn catches me! , Finn Palmer is sitting on a seat but then he turns his head round to see what the funky business is going on. The "Hey, I'm Grump!" part is just a reference to the Game Grumps, because Finn is a grump.

Finn makes an explosion sound with his lips which causes actual damage. He can sometimes spit as an attack during this move. Before 30 seconds after that explosion, Finn will make a grumpy reaction every time a different explosion happens because he gets paranoid that the opponent is copying his imitation to annoy him.

If another explosion is loud enough, Finn will get a teacher to grab hold of the exploder who made that noise. It works the same way as a fighter's grab move, the more damage you have, the longer the teacher can grab him or her for.

Side B: Play Chase

If there is nothing solid on the stage at all, Finn will just run forward for 2 seconds and stop.

Finn has his mad moment running around the school playing making weird noises. It seems as though he is pretending to chase someone.

Up B: Peek Up Tom

One time, when Jack Mayhew and Toby Grady annoyed Finn from behind the climbing board, Finn would follow them when he found out where they are. He once climbed on the climbing board and tried to teach them a lesson.

A crane arrives on the stage to carry Finn. After hanging Finn, move the crane and it will announce its obnoxious name which annoys Finn enough to cause him to slap anyone in front of him. Attack and destroy the crane or hit Finn a few times to free him.

One time, Pete saw a crane (the vehicle) and pretended it was a dinosaur and called it a "Plinkyplonkysaurus". Since it isn't a dinosaur at all and it's a ridiculous name, Finn got annoyed at Pete and anytime someone said that name from now on, they'd get into trouble.

Finn runs off the stage and tells the teachers on the opponents. After that, the teachers immediately run from one end of the screen to another in a horizontal direction. If they touch someone, they will drag them right off the stage, KO'ing them. If they touch someone when they've already caught someone else, they will only stun them. After they disappear, Finn will return where he activated the smash.

This is the last straw in which someone continues to annoy Finn enough to make him tell on the teachers. Unfortunately, he found out it is best to tell Tim Carter out of all teachers because he is the one who knows how to deal with students the most.

Up Taunt: Says "Hey, I'm Grump who looks like Not so Grump!"

Down Taunt: "Well look who's talking!"

Option #3: Growls and does the "Ck" thing, crossing his finger across his neck.

Option #4: (Only against Pete the Cheerful Bus Driver) "I'm going to tell the whole world that you've gone mad!"

Side Tilt: Angrily shoves his foot in front of him.

Dash Attack: Barges his face in front of him.

Side Smash: Yells "YOU MUST DIE!" and strikes lightning twice.

Grab: Squeezes his foe with his fist.

Forward Throw: Throws the opponent away whilst saying "GET OUTTA HERE!!!"

Down Throw: Punches them down powerfully.

The Legend of Zelda: Ocarina of Time OST - Ganon Battle

Wheels on the Bus (Male Version)

"It's the grump who looks like not so grump... and it's the bus grump!"

Angry Boss: Jeremy, This Guy Kinda Reminds Me of Danny From Game Grumps, But I kinda don't like him.

Jeremy: That's Finn Palmer, He may look similar to Danny. But actually, he acts more like Arin. Because of this, Finn Is also known as The Grump That Looks Like Not So Grump.

Angry Boss: Another Grump? This punk better not be trying to steal my thunder!

Jeremy: But Watch Out! He Will Catch You In The Act

Angry Boss: Seriously? What is this guy, a cop or something?

Jeremy: No, he's a guy who really made his name for his moments on Pete's bus. And he is quite persuasive too, as he mostly likes to Tell The Teachers.

Angry Boss: Are you freaking kidding me!? That's easy to miss! What's The Worst That Can Happen?

Finn Palmer: Are You Two Talking About Me Again? 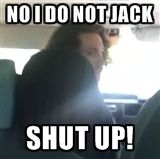 Add a photo to this gallery

Retrieved from "https://all-star-smashers.fandom.com/wiki/Finn_Palmer?oldid=16697"
Community content is available under CC-BY-SA unless otherwise noted.