Create the page "Celebrities" on this wiki! See also the search results found. 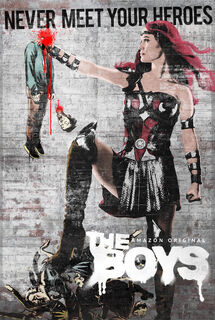 The Boys Wiki is a community dedicated to the series The Boys, both Dynamite Entertainment's 2006 comic series and the 2019 Amazon Original television series. The Boys presents an irreverent take on the superhero genre, exploring what happens when superheroes…